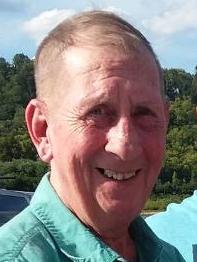 Bobby L. Edwards, 66, of Cincinnati, passed away at his residence.  Bobby was a Security Guard at Good Samaritan Hospital.  He proudly served our country in the U.S. Marine Corps in Vietnam where he received a Purple Heart. He also served in the Kentucky National Guard.  Bobby was a member of the NRA, had a black belt in Karate from Northern Kentucky Karate School and played in a Tuesday night dart league.  He was a cyclist and liked to run marathons, especially the Flying Pig.  Bobby was an avid Bengals, Reds and UK fan who loved taking his grandchildren to baseball games.  Last summer, he received an Honor from the Cincinnati Reds for his military service.

He was preceded in death by his sisters, Karen and Peggy Edwards.